Pump Station for Stove with back boiler – Boiler Charging Station

The pump station enables the back boiler in a wood burning stove to reach it’s optimum operating temperature quickly, which will ensure that the boiler delivers a longer service life, whilst at the same time enhancing the performance and efficiency of both your stove and the back boiler thus providing hot water more rapidly.

The pump station incorporates an electric circulation pump on the return water flow, which can be manually altered to adjust the flow rate over 3 separate speeds.

The result is that for a reasonable period of time the back boiler is always being fed with cold water, which makes it difficult for the stove to bring the water up to the desired temperature. Even the first body of water will have cooled down by the time it has been passed around the hot water pipe work, and therefore it requires constant re-heating.

Furthermore the cooling effect on the inside of the stove firebox can lead to carbon deposits lining the outer wall of the back boiler, thus insulating the water inside the back boiler from the heat and flames of the fire, which is the opposite of the desired intention of a back boiler in a stove.

Phase 1. When the fire is first lit the water inside the back boiler is cold. The thermal load valve is in its closed position diverting the water back to the return flow of the back boiler to be re-heated. The valve remains closed until the water has reached the opening temperature of the thermal load valve (e.g 60C). This allows the water to reach its optimum temperature more quickly and increase the efficiency of the stove.

For those who are familiar with the cooling system on a car engine, the process is the same in the sense that the load valve passes the water immediately back to the back boiler, for a re-heat, the process is repeated until the water reaches 60C.

The electric circulation pump can be controlled (on or off) by a thermostatic control switch called a pipe stat, (pipe stat is not included) which is normally mounted either on the back of the stove, or on the flow pipework adjacent to the stove. Once the pipe stat detects the water is heating up, it will then automatically trigger the pump to start, and when it detects that the water has cooled down it will turn off the circulation plump.

Please note that we sell all types of flue pipe and fittings. We also offer a free chimney and flue pipe design and quotation service..

Delivery within the United Kingdom
Delivery Is FREE to most parts of England, Wales & Areas of Scotland for all orders over £150. (products under £150 will be charged £9.50 for delivery). Deliveries are carried out by one of the largest and most reputable couriers in the UK. They will deliver your stove on a pallet to your front door / driveway, however due to insurance restrictions it is unlikely that the delivery driver will be able to bring the appliance in to your property. Please allow 2 – 5 working days for delivery from date of dispatch, unless otherwise stated. If you will require further assistance at the time of delivery, or if access to your property is restricted or difficult, or if you have any specific requirements then please speak to us, we have a variety of flexible delivery options and we are always on hand to advise and help.

Please note stoves are heavy and will be delivered to your driveway / pathway on a pallet.

Unfortunately some areas attract a premium from our delivery company and for this reason we have to charge a small excess for some areas. Please check your postcode/region in the list below.

Please note that Outer Hebredes and Shetlands (postcodes HS & ZE), are also subject to a delivery surcharge, please call 0161 439 1400 for a quotation.

If your delivery address is outside the areas listed please contact us for further details regarding the delivery price and schedule. We will always aim to make the delivery charge as low as possible.

Delivery Abroad – Europe
We sell many of our products to customers outside the United Kingdom, in particular Eire and France, however we can ship to any country in or outside Europe. Typically delivery to France costs approximately £200 for a pallet. In order to provide an accurate quotation all we require is your exact delivery address and we can normally provide a fixed quotation within 24 hours. Delivery within Europe typically takes between 5 and 10 days.

There are no reviews yet.

Only logged in customers who have purchased this product may leave a review. 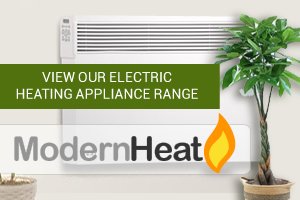 Page load link
We use cookies for various purposes including analytics and personalized marketing. By continuing to use the service, you agree to our use of cookies.

Protected by Patchstack
Go to Top